I think everyone likes the word “freedom”. Of course I like it too. Earlier, when I saw a survey in a magazine, I was ranked second after "dream" in a questionnaire about my favorite words. I think this result is quite satisfactory.

But compared to the early days of thinking about dreams (even preschoolers talk about future dreams). I think it's too late to start thinking about freedom.
I think you will start to think about freedom when you start with the disease. It's about the same time you start feeling inconvenienced. I don't think there are many people like this, but if you want to be free, you can spend a lifetime without thinking once.

I hated school, so I was a third grader in elementary school and thought, “I want to be free soon.”

However, he had no courage to jump out and endured, and managed to get out of college.

Then, when I got a job, the training for new employees at the apparel company where I first got a job was a harsh one that used the SDF base, so I tried to break out during the training.

Nevertheless, there is no courage to escape (it was impossible because of the sea at the foot of Mt. Fuji). I continued to work for about a year, but I never dreamed of freedom and just stared at the sky.

And I changed my job, but I was always thinking about freedom. What a disability I am.
But at one point, a senior told me:

"You're just complaining, but you're already free."

I couldn't understand the meaning of what I was saying for a moment, but that person supplemented me and understood it.

"I feel inconvenience because I think there are few choices, and it's just because you've reduced them yourself. It's not a matter of freedom, it's another category. Like fear or the world. "

The school and the company chose themselves, and even if they were compelled by their parents, they ultimately chose themselves. If he didn't like it, he should have had the freedom to refuse.

That meant that the spirit was always free and no one could enforce it. And the current state of inconvenience is also the result of free choice.

So it is logically strange that people want to be free. If living is a matter of daily choices, then you will be the result of your choices.

Of course, there may be cases where you are physically and mentally forced to be disabled. However, he was packed in a crowded train and said, `` Oh, I want to be free '', the inconvenience of about it was not my fault, it was my fault, and it was not worth mourning. .

It doesn't mean that fearlessness can be eliminated by dark clouds, but if you don't have it at all, you'll be open to danger. It's just a reckless reckless guy.

Balance between desire for freedom and fear. I think freedom is where you put that weight. And since fear cannot be completely wiped out, people may be obliged to feel inconvenience in general.

And people tend to be fascinated by the actions of others trying to remove fear. And that's even more so if you're a successful person.

It is also true that in reality many people are forced to train to overcome fear. Whether you are a soldier or a trainee, you fear business. Fear of claim phone. I will overcome it by balancing the freedom that I do not do. It could be translated into experience.

But do you really get free by overcoming it? On the contrary, aren't they narrowing down their options? When weighing freedom and fear, it's important to always look back to see if you're going to bend, coerce, and keep brainwashing.

If you believe that you really have only that choice, you can kill yourself when you lose it. I think it is necessary to determine whether training and effort are really necessary for one's freedom, and what must be done in an information-oriented society that shows off glittering options.

Freedom is not only fascinating, but also very difficult to deal with, as we once said in Erich Fromm's "Runaway from Freedom".

Because it relates to the root of human existence. Mishandling can ruin some people.

Living freely. All human beings are already free in a spiritual sense. There is always something that seems to be no choice in front of you. It just makes you invisible. When I get stuck, I don't want to forget this when I think I can't do it anymore.

Ultimate freedom, it was me who thought that it would be a baby before he was at heart.
see you 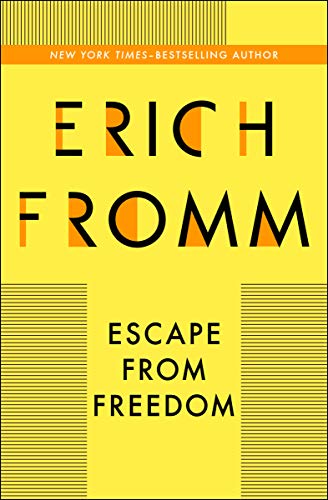 « Law and story After all Apple »
Profile

I am novelist.
I mainly make works that children can enjoy.
In note, I am doing something like a solo literary magazine (with serial novels) centered on unpublished works.

Login to quote this blog

You cannot quote because this article is private.